that define our humanity 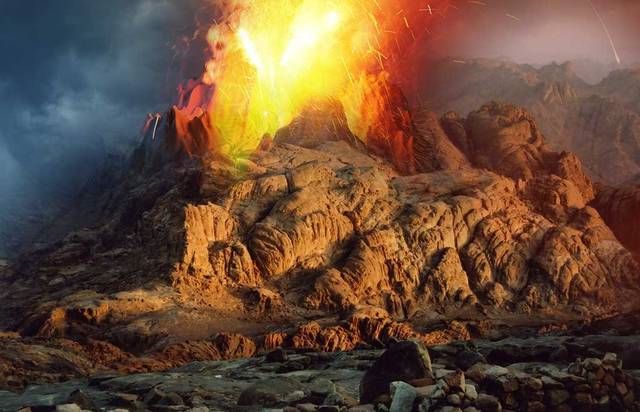 Shavuot celebrates the event that made us into the People we are: the delivery of the Torah. Following the rabbinical description, on the 6th of Sivan more than 3300 years ago, the Kadosh Baruch Hu gave us the Written Torah (what we call the 5 Books of Moses) and the Oral Torah (an encyclopedic compendium of stories, laws and narrations included in the Talmud, the Midrash and ancient Rabbinical Literature in general).

The episodes related in the Oral Torah are countless, especially those about rabbinical disputes on the most varied subjects. We read in the Talmud how Teachers refute opinions of other Teachers, and even how Rabbinical schools dispute with each other. The dry style of the written Torah, with its prescriptions in format of mitzvoth, is contrasted by the Oral Torah that bases many of its halachot (laws) on the lively disputations of our Sages. A small example will suffice to appreciate the kind of details our Teachers discussed:

Our Rabbis taught: How does one dance (What does one sing or recite?) before the bride? Beth Shamai [the Rabbinical School of the Sage Shamai] says: The bride as she is [One does not exaggerate in praising the bride]. If she is not beautiful, one does not say that she is.

Beth Shamai said to Beth Hillel: If she was lame or blind, does one say of her: “Beautiful and graceful bride”? Whereas in the Torah it is written, “Keep thee far from a false matter.” (Exodus 23, 7)

Said Beth Hillel to Beth Shamai: According to your opinion, if one has made a bad purchase in the market, should one praise the object purchased in his eyes or depreciate it? Surely one should say that one should praise it in his eyes.

Therefore, the Sages said: Always should the disposition of man be pleasant with people. .[1]

The story is decidedly confusing, and it is still more for one who looks for the answer to “What must I do if a similar situation happens to me” – especially considering that the two Rabbinical Schools that led the Jewish People opposed each other on this matter and on innumerable others.

The Talmud, instead of prescribing a common code of conduct, complicates things yet further. Regarding another discussion between Shamai and Hillel whose reason is not explained to us, the Oral Torah tells us that:

For three years, Beth Shamai and Beth Hillel debated each other…

Then a heavenly voice issued, asserting, ‘The statements of both are the living words of God [or the words of the Living God][2], but the Halakhah [the law] is in accordance with the views of Beth Hillel.’[3]

How can be two actions or opinions so opposed to each other be simultaneously valid? Even more curious: How can it be that two different readings of one reality both express the same God – The Source of the Final Truth?

A good part of our own humanity as individuals, of what we are, and what we are called to be and do, rests in the answers to these questions.

What was it that Hillel and Shamai had to deal with? A plethora of value dilemmas: values that conflict with one another. Values are always good – that’s why they are values – but sometimes they conflict with others, and we have no other option than to prioritize one at the expense of the other. In the first example of cheering the bride, the School of Shamai chose the value of the truth over the value of honoring your fellow man, whereas Hillel reverses the formula. Each of those schools of thought can justify their decisions and demonstrate the rationality of their conduct; both will do something good, sustaining their actions in the values they prioritized. Their choices were not between good and bad, because what is under discussion were values – goodness against goodness. What each School had to decide was what the best: Which between good choices will bring the best consequences?[4]

The message to us is of enormous intensity: the most important question which the celebration of Shavuot poses is not what is good for us – something that the Written Torah which we received on Shavuot tries to teach us, with its prescriptions and prohibitions – but what is best for us at each and every moment: the question of the Oral Torah. That is the question that we and only we – as it was for the students of Hillel and Shamai – can solve: how to distinguish between the good and the best in each situation.

Our personal humanity is molded in such dilemmas of values, dilemmas which we cannot escape, and which – once we choose the path of Goodness – constitute the most significant decisions of our lives.

May God always enlighten us in our choices, filling our lives and the lives of those we love with the blessing of true goodness.