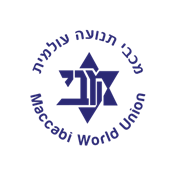 Rabbi Akiva, the greatest rabbi of the Mishnah[1]   and spiritual leader of the Jewish people, knew that the end of his life was near. The great revolt of Bar Kochvah[2]   – “son of the Star”, now called Bar Koziba, “the son of deception” – had failed, resulting in the brutal deaths of more than half a million Jews in the Land of Israel and persecution of the Jewish People throughout the length and breadth of the Roman Empire [3] . It was not easy for the Emperor Hadrian of Rome to end 3 years of Jewish independence achieved by Bar Kochva’s forces in the Land of Israel: destroying it cost the defeat and destruction of some of Rome’s best legions and most prominent commanders, and required emergency transfer to the Land of Israel of Julius Saverius, the plenipotentiary general who ruled over Britain, and Hadrianus Quintus Lollius Urbicus, former Governor of Germania.

The situation of Jews in Israel was desperate. Everything had been destroyed, abused, demolished[4] .  The ruins of the Great Temple were the basis for the statues of the Hellenistic pagan gods, and the decree of expulsion of Jews from Judea was general [5]. It seemed that the end of the Jewish people had arrived, that the hope of a better future for the Children of Israel was a ludicrous illusion [6] .

Rabbi Akiva, who always knew how to relate both to the poor and to the powerful, to the scholars and to the uneducated, had to bring some light on the tragic cloak of dark despair. This octogenarian [7]  and beloved spiritual leader of the Jewish People had to provide some hope for a future life; a dawn after what seemed to be the final Jewish sunset. Then he started with his final teachings, designed specifically to rebuild the nearly broken spirit of our ancestors. One of these messages shows a clear vision and deep faith in a better world.  The Talmud teaches:

“One day… four teachers: Rabban Gamliel, Rabbi Eleazar, Rabbi Yehoshua and Rabbi Akiva… came to Mount Scopus [8]. When they saw the ruins of the city, they tore their clothes. And they came to Mount Moriah, where once stood the Temple. They saw a fox coming out of the Holy of Holies [the holiest site of the Temple, visited only once a year by the High Priest, on Yom Kippur]. The first three wise men began to mourn, while Akiva laughed beyond measure. They said, ‘How can you laugh at such a sight?”

They answered: ‘Don’t you know what it is said (in the Torah): “An alien who enters near the Sanctuary will be condemned to death” [9] … and now even foxes roam [the Shrine] and nothing happens! This is the reason for our tears.”

Rabbi Akiva calmly answered: ‘I laugh because it is said: “Zion shall be plowed as a field plowing and Jerusalem will become dead hills.” [10], It is also said “Once again, Jerusalem will be filled with joy, will be filled with boys and girls jumping and singing in the streets.” [11] While the first prophecy was not fulfilled, we could also question the other. Now that the first is completed… we can expect with joy the second! “. 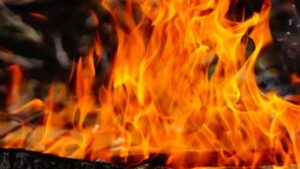 It took too many centuries to rebuild our national life. Centuries that saw the persecution and killing of our people by the Crusaders, the Inquisition, the pogroms of Europe and the Arab world, and finally, the Shoah – the Holocaust. However, that hope, the light of Rabbi Akiva’s teachings, persisted in the hearts of the People of Israel and allowed us to reconstruct our history, creating a present and a strong future for the Jewish People through the establishment of the State of Israel – when we overcame our defenseless condition.

When we see Jerusalem rebuilt, its glorious presence reflected in hundreds and thousands of bonfires recalling Bar Kochba’s spirit of struggle for liberation that we celebrate on Lag B’Omer, we evoke the hopeful omens of Rabbi Akiva, and it moves to be alive in an era in which Jerusalem is “full of joy, of boys and girls jumping and singing in the streets.” What a great privilege it is to witness our National Reconstruction!

May the light of our Lag BaOmer bonfires that reflect

the light of the Jewish hope for national freedom

which Rabbi Akiva taught us to see, also illuminate

our glorious present of independence and freedom

of our even more promising future.

[3]  Following the battle of Betar, Bar Kochvah’s last stronghold of resistance against the Romans, and the place where he fell dead, there were a few small skirmishes in the Judean Desert Caves, but the war was essentially over and Judean independence was irretrievably lost. The Romans plowed Jerusalem with a yoke of oxen. Jews were sold into slavery and many were transported to Egypt. Judean settlements were not rebuilt. Jerusalem was turned into a pagan city called Aelia Capitolina and the Jews were forbidden to live there. They were permitted to enter only on the 9th of Av to mourn their losses in the revolt. Hadrian changed the country’s name from Judea to Syria Palestina.

[4]“Very few Jews in fact survived. Fifty of their most important outposts and 985 better known villages were razed to the ground. 580,000 were killed in the various engagements or battles. As for the numbers who perished from starvation, disease or fire, that was impossible to establish” – Cassius Dio, Roman history 69.13.2-3 [Lucius Cassius Dio Cocceianus, Roman historian, III c.e.]

[5]The Romans resorted to terrible atrocities to win the war. Bodies were left unburied for several years. There are three reports that children were wrapped in Torah scrolls and burned alive (Babylonian Talmud, Gittin 57a-58b; Lamentations Rabbah 2.2 §4; Seder Elijah Rabbah 151).

[6]Pagan sanctuaries were erected right over places of Jewish worship: the temple to Jupiter was erected on the site of the Jewish Temple, Hadrian’s equestrian statue being placed in the Holy of Holies, and before the southern gate of Aelia, the Romans erected a marble statue of a pig. Even worse, the Jews were not even allowed toseetheir ancestral home town. Rabbi Akiva violated this edict, and after some time in prison, the old man was tortured to death; at least nine other rabbis were executed, too –Asarah Harugei Malchut, the 10 martyrs whom we remember in the Yom Kippur prayer.

[8]This is the Mount which faces the whole City of Jerusalem and the Temple Mount (Moriah). Today Mount Scopus is the home of the Hebrew University of Jerusalem.