The Book on Agnes Keleti’s 100th Anniversary Has Arrived

by Maccabi VAC
in News, Recommended
0

The Book on Agnes Keleti’s 100th Anniversary Has Arrived 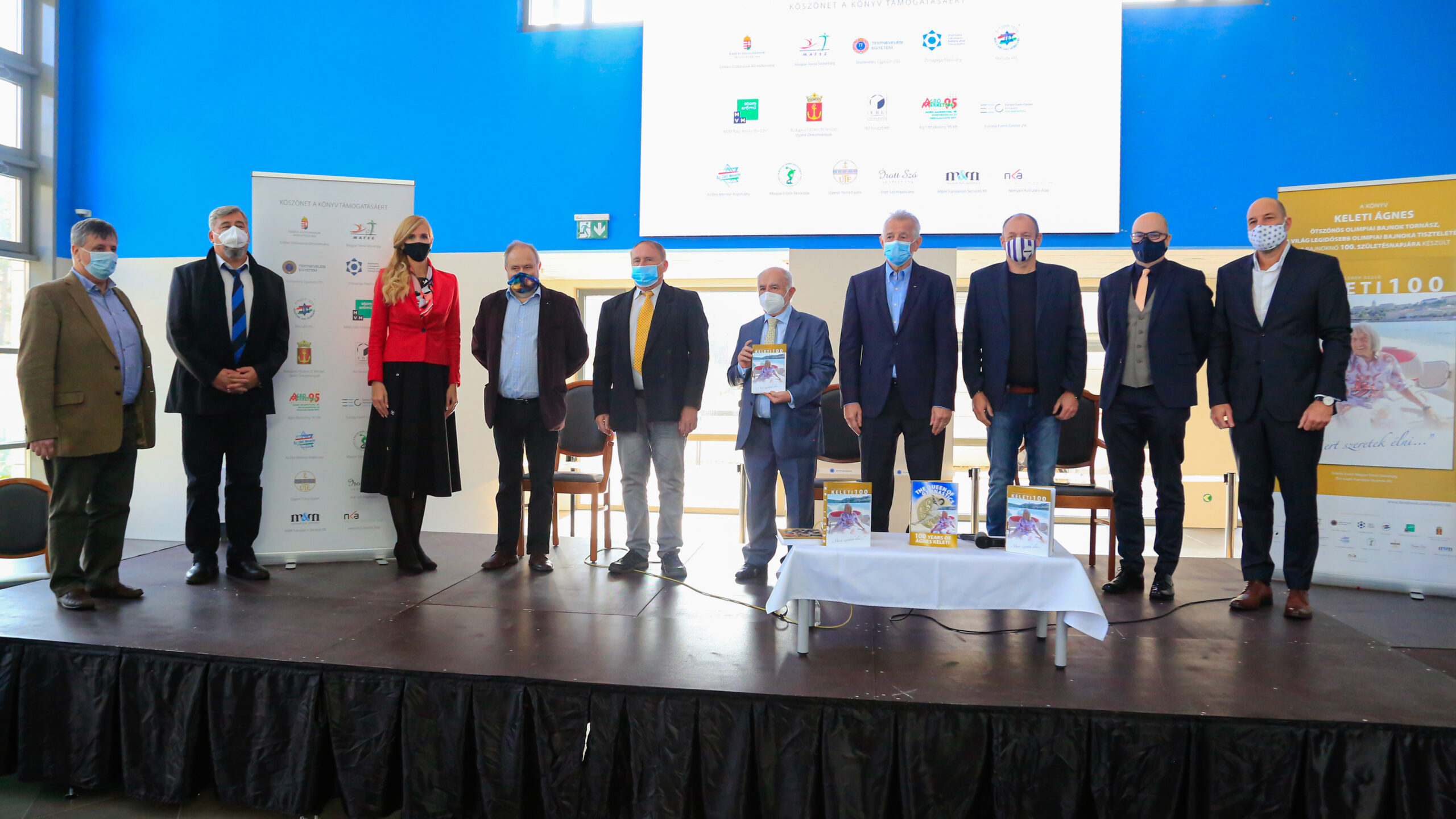 Despite the virus, a large number of people gathered in the Hall of the University of Physical Education, to celebrate the publishing of “ Because I Love Life” by the Hungarian Gymnastics Association, which details the 100 years of Olympic champion Agnes Keleti’s life.The Maccabi VAC Hungary and Chairman Adam Jusztin is proud to have become a sponsor of the publication and is pleased to be able to share the club’s past and present history with this book.

The book is available in the Líra and Libri store network. A total of 380 pages, it is accompanied by 300 photos, and tells the story of the past century, showing the historical background and events from the point of view of Ágnes Keleti. The host, Dr. Lajos Mocsai, rector of the University of Physical Education, said that they were happy to be among the supporters, after all, Keleti is still the only Olympic champion to come out of the university, who won her gold for the college association in 1952.

“Sándor Dávid and I did not take a minimalist approach when preparing for this book. for a minimalist purpose. Basically, we wanted to create a memorial column formed of words for Ágnes Keleti, bowing to her talent and success”, said Dezső Dobor, co-author of the book. “This will be a complete and permanent testament to her story. We hope that our book is able to capture and conserve the elements of Keleti’s story for anyone reading in the future: how people lived here, how a phenomenon lived among them, an artist who paved the way for the sport and still shows us her serenity, her health, her wisdom. ”

It was incredibly fortunate that the 36 interviews in the book were completed before the Covid-19 pandemic. Old teammates, Olympic team members, family members, students and friends all recounted stories and anecdotes of Keleti, from Australia, through Israel to the USA. They were lucky enough to speak with Erzsébet Köteles, Olga Tass, György Kárpáti, who provided the book with the last interview of their lives, therefore unfortunately could not attend the publication.

In her greeting, Tünde Szabó, Secretary of State for Sports of the Ministry of Human Resources, mentioned that it is always a great pleasure for people involved in sports to read new publications on athletics, because the life of every athlete serves as a manual to success. In addition to the gymnast, we also get to know the lives of a mother and a sports professional. “The healthy, positive outlook on life that characterizes Keleti can serve as an example for all of us”.

Olympic champion fencer Paul Schmitt, an Athlete of the Nation, author of the foreword to the book, recalled that in 2004, when the title of Athlete of the Nation was introduced, Agnes Keleti was the first to have her name immediately considered. He added that in December of this year, Ágnes Keleti also contributed substantially to the success of the 125-year-old Hungarian Olympic movement.

The Keleti 100 production wished  to measure up to the champion’s uniqueness, and also printed a commemorative stamp in her honor, of which Ágnes Keleti received the number 100. In her absence, her son was given this honor from Dr. Tünde Szabó. In addition, the English version of the book will be completed by December.

The publication also has its own Facebook page, and the work can also be downloaded as an ebook on multimediaplaza.com form. A game will also take place with the involvement of the media partner, Sport365.hu. As the world’s oldest Olympic champion, Keleti sent a message at the press conference of the book launch saying “that she happily welcomes the book about her and can’t wait to start reading it.”

Surely, many will draw inspiration from this legendary figure.